These delicious pies are a Yoga Kitchen staple. We got the inspiration for them whilst working at Yoga Rocks in Crete - although the Greek Grannies probably wouldn't approve of our recipe... or method ;-)!

They look impressive and they are actually pretty simple to make, once you get in the rhythm of folding them. So they are a good dinner party option served with a nice quinoa salad and maybe some beetroot dip. 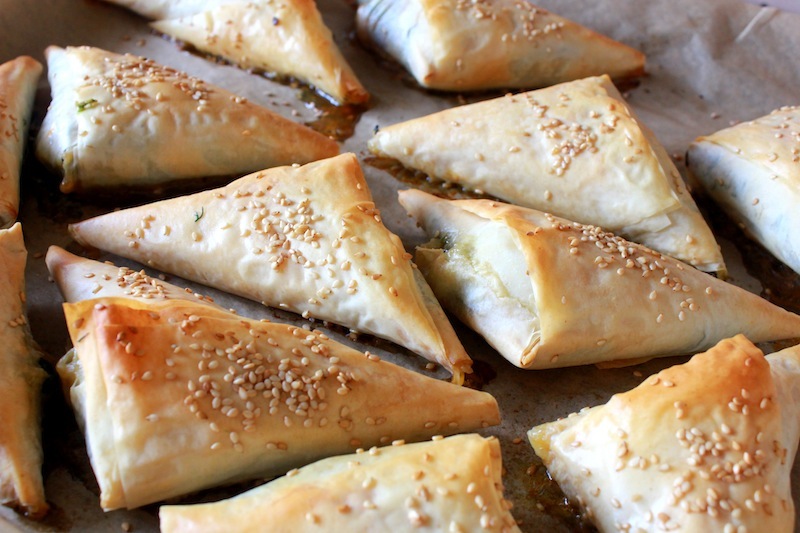 
1. Preheat oven to 180 degrees and line a baking tray with baking parchment.

2. Cook off the spinach in a little water until it has wilted, then tip into a sieve and allow to drain well for 5 or 10 minutes.

3. Meanwhile, in a large mixing bowl combine the sun dried tomatoes, pruned dill and feta (if you're adding cheese).

4. Add the drained spinach to the mix and season with a little salt and pepper - if you added feta you probably wont need much salt.

5. Next pour some olive oil in a little bowl, then on a clean surface layer 3 sheets of Filo on top of one another, lightly brushing (with a pastry brush) each one with olive oil as you layer them.

6. Slice the filo length ways into 3. Now you should have 3 long strips of pastry as in the picture below.


7. Take a spoonful of the spinach mix and place it in a rough triangle shape in the corner of one of the strips (shown below). 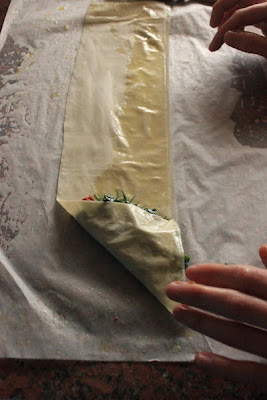 Then fold over and keep folding until you have a triangle shaped pie - as shown in the video. Brush with a little more oil to seal the pastry and place on the baking tray.


Don't worry if it's not perfect the first time, my first few were a little unusual looking but tasted fantastic.... Dan's first one, on the other hand, was so triangular it could have featured in a Maths book on a lesson about right-angled triangles!!

8. Once you've folded all 12 sprinkle with sesame seeds, pop them in the oven and bake for about 12-17 minutes until crisp and golden.

9. Remove from the oven, allow to cool for a few minutes then enjoy. 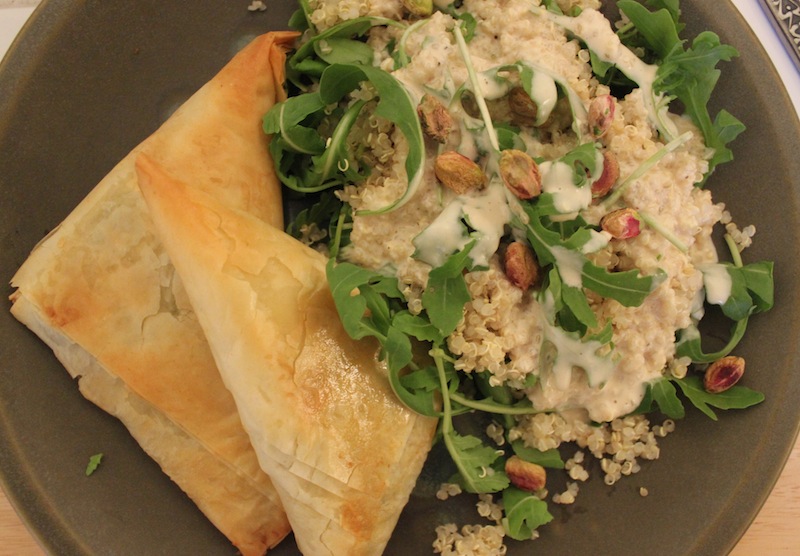 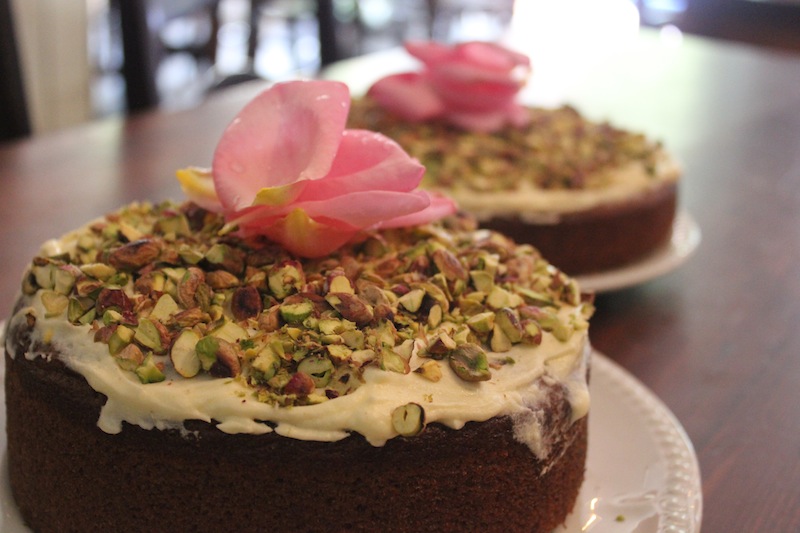 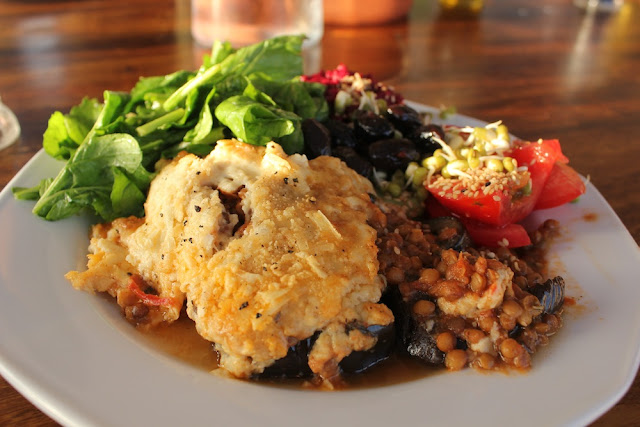 The Yoga Kitchen is a vegetarian and vegan catering business based in Milngavie, Glasgow. We provide vegan and vegetarian food for yoga events, retreats and workshops as well as catering vegetarian weddings and parties. We also run a vegetarian & vegan home delivery service every Monday and Tuesday in Milngavie/Bearsden and across Glasgow.
We love to share our veggie recipes which you can find here. Please try them out and let us know how you get on! 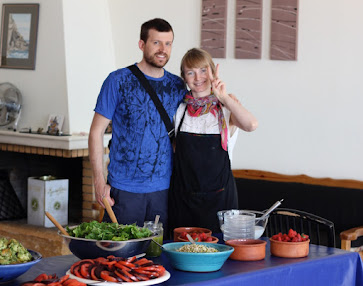 Vegetarian Caterer of the Year Finalist 2020 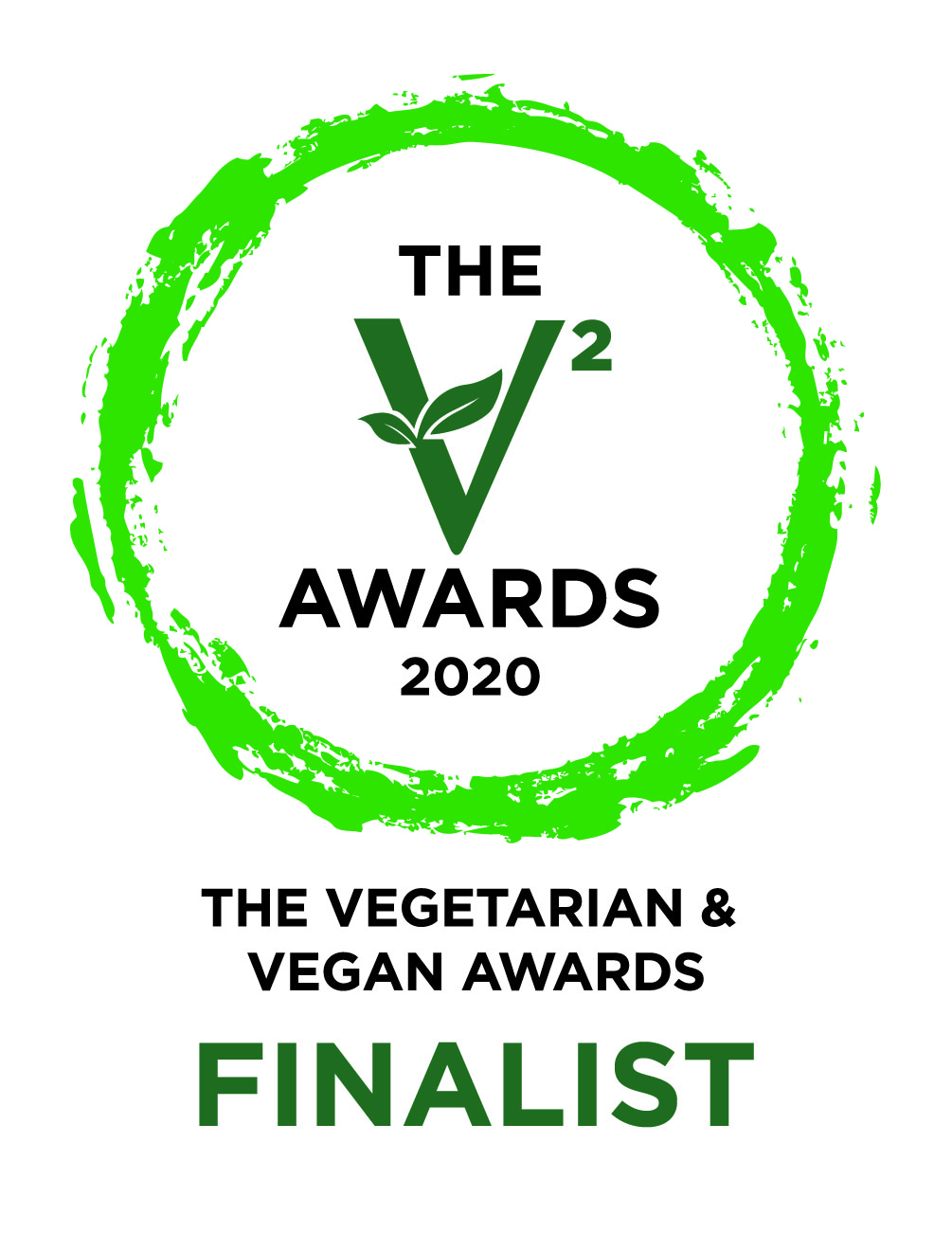 Based in Glasgow, we love to cook healthy, wholesome, vegetarian food inspired by our passion for yoga and our travels in Mexico, India, Spain, Italy and Greece. Read more..

Click image for yoga class timetables in Glasgow and Milngavie.